Uncle Jack Charles is a national treasure, an award-winning actor, Aboriginal elder and activist. But in the 79 years of his life, he has also been homeless, a heroin addict, a thief and a regular in Victoria’s prisons.


A member of the Stolen Generation, Jack spent his life in between acting gigs, caught in the addiction/crime/doing time cycle.


He forged a name for himself over five decades, in films such as The Chant of Jimmie Blacksmith, Bedevil, Blackfellas, Tom White, Pan and Wolf Creek, and in the ABC television drama series Cleverman and in the ABC comedy Preppers.


Upon leaving prision for the last time in 2006 Charles continued up until his death to advocate for the rights of young Indigenous men in custody.


His was an extraordinary tale of a colourful life and a brilliant career. 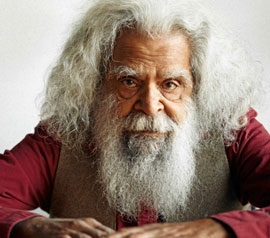