Victor Paolini is a Melbourne-based freelance Editor, Colourist and Cinematographer. After beginning his career 10 years ago in Melbourne’s thriving bass music scene, he quickly made a name for himself filming, producing and editing event content and live music videos for the music community.


After growing tired of the nightlife working hours, Victor progressed his editing focus with PLGRM Media, intrigued by the storytelling ability of film. His editing credits include The Pot Doctor, The Frozen Frontline (Ukraine), The Last Man Standing with his time at PLGRM allowing his narrative experience to grow across a broad range of projects and stories. In addition to this, Victor continued to work independently, editing commercial content for the likes of Telstra and Victoria University, as well as selected music videos for bass music artists, such as DRS and Cern.


Developing a strong relationship with Director Alex Siddons during his time at PLGRM Media, Victor fixated his energy on his editing practice for his first feature length documentary, The Art of Incarceration. Three years on, the project has cemented a newfound love for feature length film, confirming his curiosity and drive for film editing and the power of storytelling. In progressing from short video projects to this film, Victor hopes to continue, alongside Alex, to learn about and create powerful content that not only focuses on matters that he holds dear, but more so those that hold importance and meaning to both our local and our global communities. 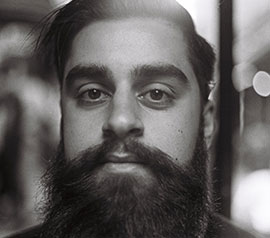